Meet the Monks of Empty Cloud Monastery in NYC

Our resident monastics will be at Union Square Market on pindapata, the Buddhist

Our resident monastics will be at Union Square Market on pindapata, the Buddhist practice of collecting alms food from 10am-12pm

There will be a gathering in the center of the park to do sitting meditation together at 11am, before the meal.

Buddhist monks and nuns rely on the generosity of others. Pindapata is a traditional practice where lay people offer food to monastics to sustain their spiritual practice.

If you’d like to make an offering to  the Sangha, you will be able to spot them in the Market between the times of 10am-12pm. 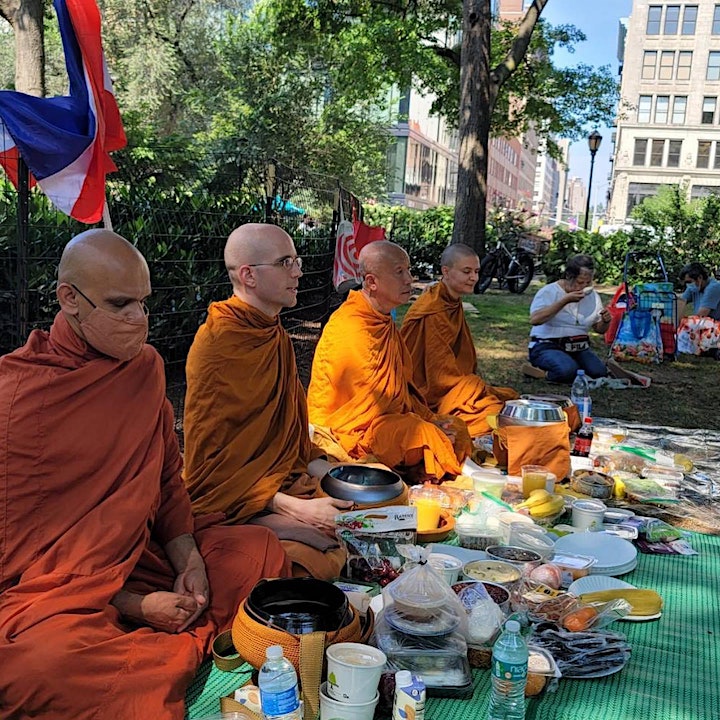